‘You looked like you knew what you were doing.’

I lived in Japan for 3 years and thought I would try my hand at baseball – a game that always interested me but never had the chance to play in New Zealand. It interested me because I thought I would be good at it. I played cricket and figured that catching a ball with a glove must be a lot easier than without.

I was not (am not) good at baseball despite spending the best part of three years ‘learning’ the game. But I could see how people (not my team-mates) might have thought I could play and that is where the ‘you looked like you knew what you were doing’ comment came from.

The team I played for in Japan was good. We won a regional competition to compete at a national tournament. I was never going to start a game at the tournament but I warmed up with the team prior to the first game. I joined in the usual fielding and batting routines and then took my place on the bench. We won the game and as we were shaking hands with the opposition it was clear that they were waiting for me to come in and do something that I assured them I was not capable of. Their assumption was based on watching me practice.*

Other people (again, not my team-mates) that watched me practice might have made the same assumption. Professor Rob Coe would say that these people would be confusing actual learning with the following ‘poor proxies’ for learning:

Students are busy: lots of (written) work is done

I would practice three to five times per week with my Middle School team and the team that I played for. Practices went for a couple of hours or more and there was very little down time. We were continually throwing, catching, running, or hitting.

I enjoyed practice. It was fun and I looked forward to it.

Students are getting attention: feedback, explanations

My team-mates and coaches were very generous with their time and it would be fair to say that I had more attention paid to my game than anyone else’s (it needed quite a bit).

Classroom is ordered, calm, under control

Middle School practices resembled a military exercise. My team’s practices were more relaxed but started on time and followed the same format that the players had obviously grown up with.

Curriculum has been ‘covered’

I practiced throwing, catching, hitting, running, and positional play. I did this with a partner or in group drills that had me practicing specific plays in different positions.

I could consistently hit, catch, and throw accurately in the practice drills. I understood the patterns of the drills and had the skills to follow them.

So, yes. I probably did look like I knew how to play baseball. But playing baseball is a lot different to practicing it. Playing baseball required me to apply the skills that I had practiced in unfamiliar or unknown contexts. In practice, the repetitive nature of the drills meant that I always knew what I had to do before I had to do it. In a game, I often had no idea what was going to happen and found it very difficult to react in time to transfer my knowledge and skills to a new situation and make a play.

I had practiced a lot but I had not really learned to play baseball. At best, I was performing at a surface level. I was able to perform skills in isolation, working on them one at a time. If I had been performing at a deep level, I would have been able to start connecting and organizing my knowledge and skills to make plays when I was called upon in a game. And if I was able to automatically make those connections and apply my knowledge and skills to new and novel situations, John Hattie would say that I had reached a transfer level of learning. And that was my goal.

My failure to achieve my goal was not for a lack of engagement, work, or help. I have been thinking a lot lately about how we can ensure that engaged, hard-working, and supported students are able to transfer their knowledge and skills to unfamiliar or unknown contexts. How can we ensure that students are able to apply their command of grammar, the mathematical formulae they have memorized, or their understanding of the industrial revolution to tasks or problems that they have not yet encountered in exams and, crucially, in life? Will our students be able to apply their knowledge and skills to become a force for positive change in the world?

My baseball (and a Middle-Eastern Australian Rules Football season) experience tells me that to truly say that we have learned a skill, we must be able to apply it to new and novel situations. This means that we need to be challenged and supported to apply our skills in these situations, whether they be simulated or authentic. Doing the same drills and routines over and over again certainly improved my performance in specific skills and if baseball was multi-choice, I would be pretty good. But those skills were not much good to me in a game as I could not apply them. My performances in practice could no longer hide the fact that I had not really learned much about baseball.

*and almost certainly the fact that they thought I was from the US. I told them I was from New Zealand and played cricket (which I think was mistaken for either polo or croquet) and that seemed to clear everything up. 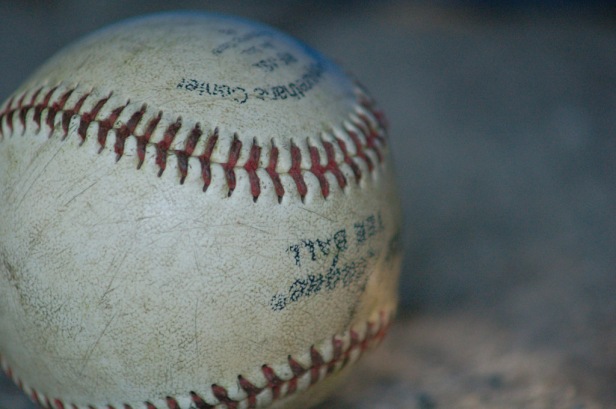