During this Monday’s Morning Assembly, I shared the story of how I finally got my driving licence.

When I was around 16 years of age, I tried driving for the first time and it did not go well. I developed an anxiety around driving and I basically gave up. It was not until I was much older that I felt the need to try again. I was embarrassed that I could not drive so my mother gave me lessons that caused no end of frustration for me and presumably for her as well. I practiced and practiced until I was confident enough to sit my restricted driving test which I passed. This let me drive by myself. I had to pass another driving test to earn the unrestricted driving licence that I have now. It took me two attempts to pass that test but I now have an unrestricted driving licence.

I learned to drive using a manual transmission but before arriving in Maseru, I had not driven a manual car for years. The school’s pickup truck has a manual transmission. The very same day that I met our school’s Director for the first time, he offered to take me on a tour of the town. I suggested that I drive because I remember routes better if I am the one driving. Understandably, I was a bit hard on the gears when I started but things started to come back to me and I was soon feeling fairly comfortable driving. Until we became stuck in traffic that had stopped on a rather steep hill. As I tried to execute a hill start, we found ourselves rolling backwards. The red car behind us started beeping furiously and I managed to stop in time to prevent crashing the work car with my boss in it on my first day in a new country. The police officer that was driving the red car gave me some advice on balancing the clutch and accelerator as he drove past. Fortunately, The Mountain Kingdom of Lesotho provides plenty of opportunities for hill starts and I seem to have remastered that skill without further incident.

The reason I shared this story with our students was not to embarrass myself. Many of us, especially children, observe the talents and successes of others without an appreciation of what led to them. Without that appreciation, it is easy to believe that we are either good at something or we are not. And if we believe that, we do not challenge ourselves or give up on ourselves. What is the point of working hard to master a new or difficult skill if we think that our talents and potential are fixed and predetermined?

Success is more often than not preceded by embarrassment, frustration and failure. Developing in our children an understanding of this and that success is a product of learning, self-discipline, diligence, perseverance, resilience and positivity is crucial for our children to be able to embrace challenges, learn from mistakes and seek advice. This was the reason why I shared my ‘success story’ and I believe that the more success stories our children hear like this, the better – however embarrassing it is for the storyteller! 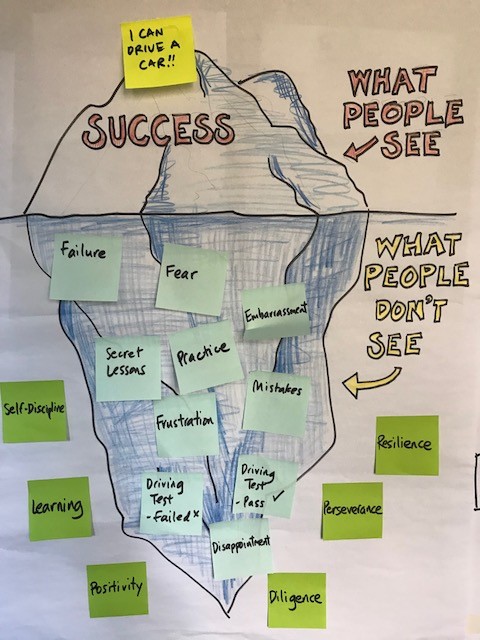 One thought on “Success: Our Children Need to Know the Truth”